You know that one event you constantly try to make but always have some reason not to go? Yeah. That was All Star Bash for me personally. 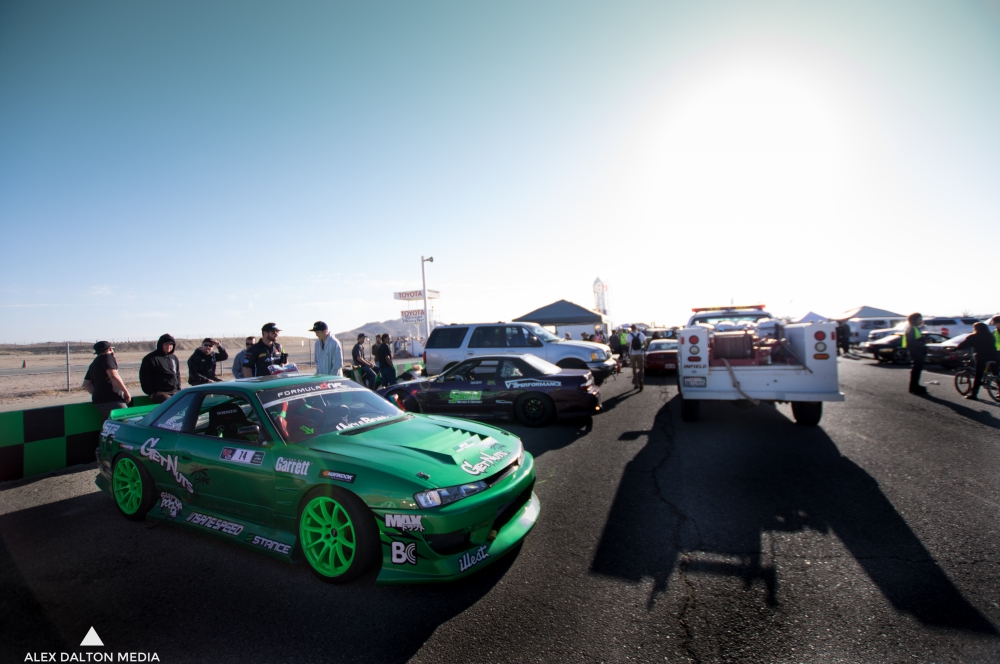 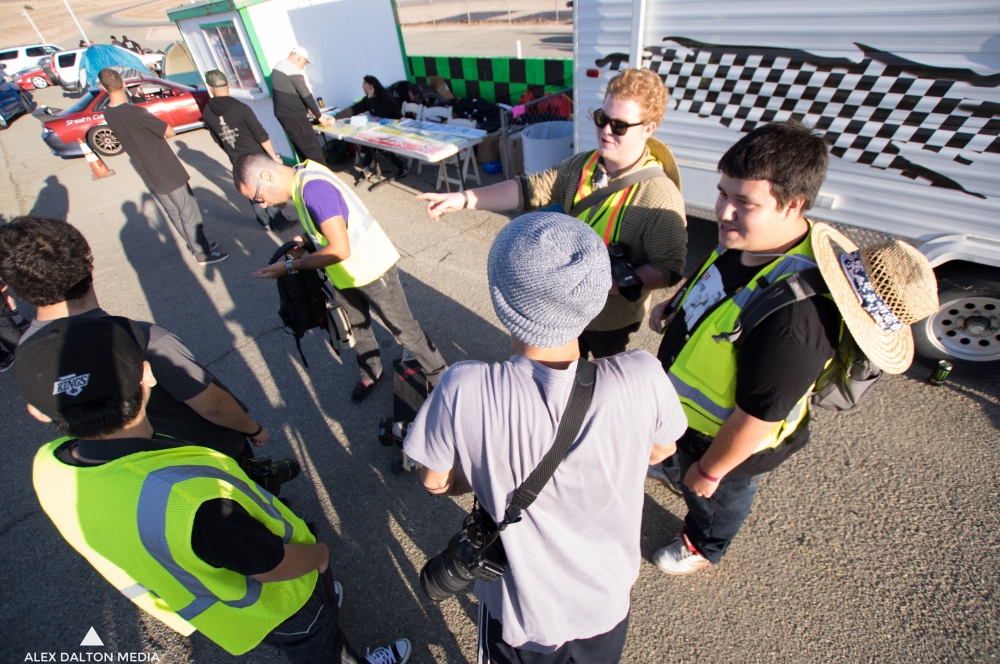 Saturday morning drivers lined up to get tech inspected like any other event. Some drivers were scrambling to get  small parts needed to pass tech from just about anyone in the area that looked remotely interested in cars. Wasn’t long after the media meeting was held with the “don’t die and just don’t die and specially dont die if you go to the place where you will die. Oh and have a safety dont die vest”  mentality. In a flash ASB14 was on its way.

The section referred as “Streets of Willows” was in a panic of screaming turbos, rumbling V8’s, and tires being burned into the pavement like a paint brush on a canvas. Seeing the track layout in videos is much different than seeing it in person, let alone drive it. Plowing down the straight as fast as you can, flick it into the slightly farther than expected apex, and pull out of that deep angle into the sweeper for a massive smoke display. Crowd was getting hyped when drivers were getting close to 90* angle pummeling into the turn. 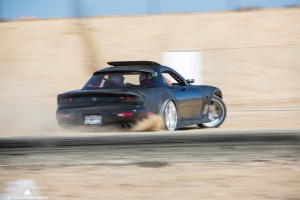 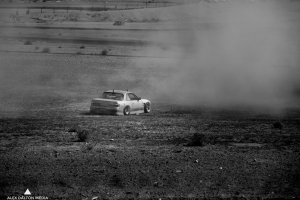 Ventures off course and crashes come along with the sport.  So it was no surprise for plenty of folks to have some unfortunate endings to the weekend. Others did everything in their power to get back on course like the crash above which the blue hatch came back later that day. 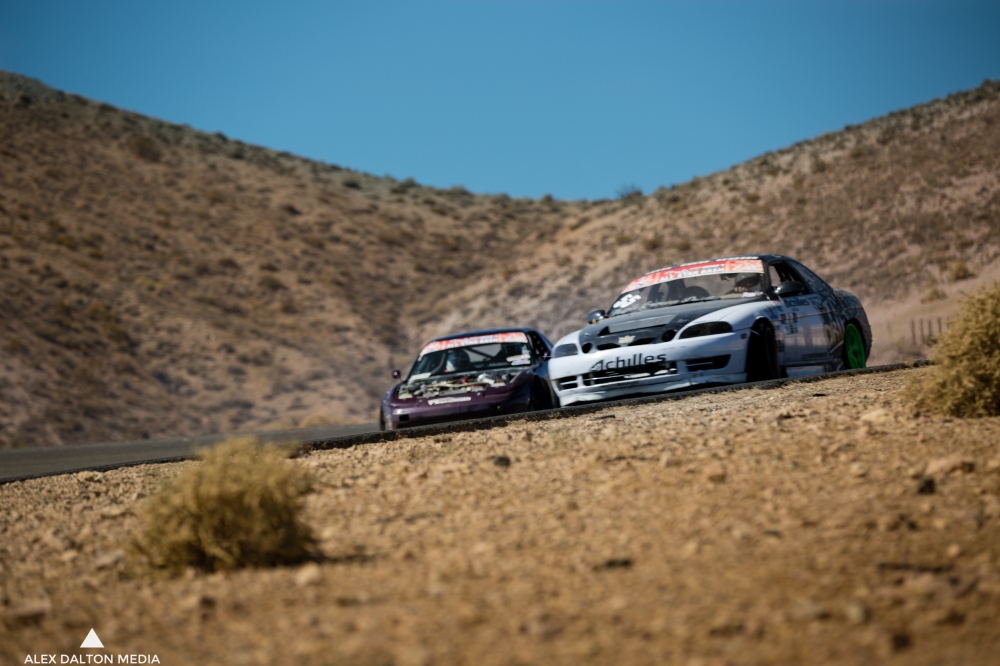 And HOLH SHIT was it an experience. The elevation change: Pretty cool. The no lift mentality drivers had: Pretty awesome. Hearing the echoing engine rpms climb up the hill: Pretty sick. Include all three elements I mentioned with the word tandem: You have the ingredients to make gods cry in envy, you have the cure for Ebola, you have opened pandoras box, you have unlocked a new achievement, you have passed go, what you have experience is drifting in its purist form. 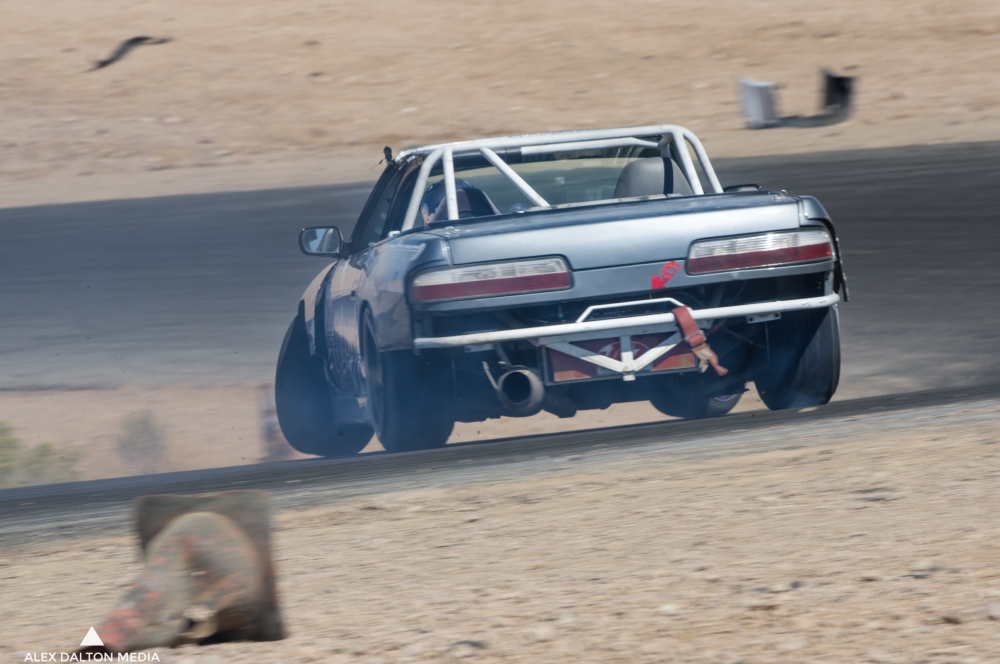 Homies coming to the middle of no where to have fun with said homies all weekend. i dont think it really gets better than that to be honest. Horse Thief is the closest thing you can get to how drifting really started with its mountain like layout. Only difference being you dont fly off the mountain into darkness….you just get really dirty and hope you can drive back out to try it again.

At ASB they also hold a Team tandem competition. Though I wasnt there because i had a personal matter to attend to and having lens difficulties  so I wont act like I was there.

What I do know is that Northern California has won the past two years. Socal getting soft?  *OOF* Right in the feels, huh? Team Red Baron the Most, a combination of drivers from Norcal, won the team tandem with I think Animal Style in 2nd because “Ryan Sucked”. 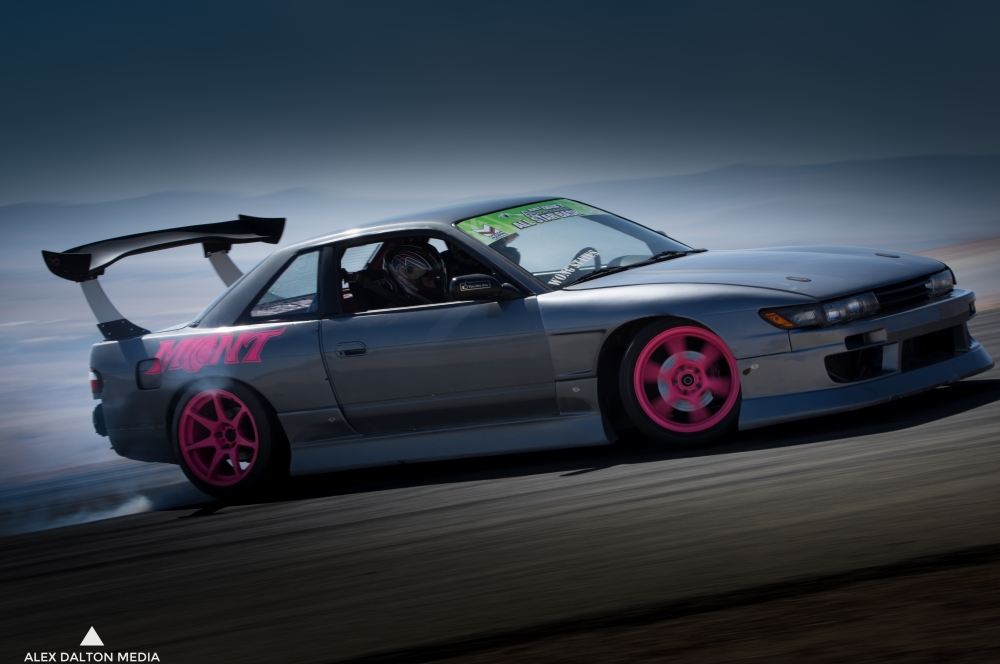 With events as huge as ASB, Final Bout,  and Bash to the Future they will always bring out folks from everywhere, EVEN CANADA DROVE DOWN (not Drift Union but its Canada!!). These events bring screen names, Facebook profiles, insta-stars and interweb famous to reality for you to have a real interaction with the people you follow and inspire you…..or have a crush on.

So if you dont have plans next year when ASB is coming around make sure to find some excuse to tell your job that “Fuck you, I’m going drifting”. Whether your driving, being media, or a spectator Justdrift LLC does a pretty good job in keeping you entertained. Feint Heart at this very moment are taking steps to make sure to drive ASB next year :). P.S- Dont see your car? I’ll be uploading photos every so often here—->https://www.facebook.com/alexdaltonmedia (under construction)