Over Facebook on my personal page I let people know that I wanted to see how to take pictures at night. Soon enough a few friends, brought their friends so i can take some night pics and just kick it for a night.

A regular of the meets and previously featured cool guy Stelio decided to roll out and bring some friends along. That night I found out long shutter speed absorbs light….I think.

Always wanted to goto a rave….but I cant afford that shit so this is good enough. Recently though I/We downloaded photoshop and I’ve got a chance to play with it since I usually edit pictures and post from my Ipad’s version of photoshop for easy and fast content.

We all really didn’t have a plan for where we were going to go so I decided to goto a spot where I used to swang mah shit up in dah hood in my z-dirty-wun brah….. Having no idea WTF I was doing some pictures came out pretty good. But then something amazing happened.

I had no Tri-Pod so I either had to lay the camera on something….in this case was cloth and concrete for my make shift tripod. I had hit the button waiting to hear the shutter and down the street 2 cars were coming up making the Midnight Rainbow over this MR2…….. 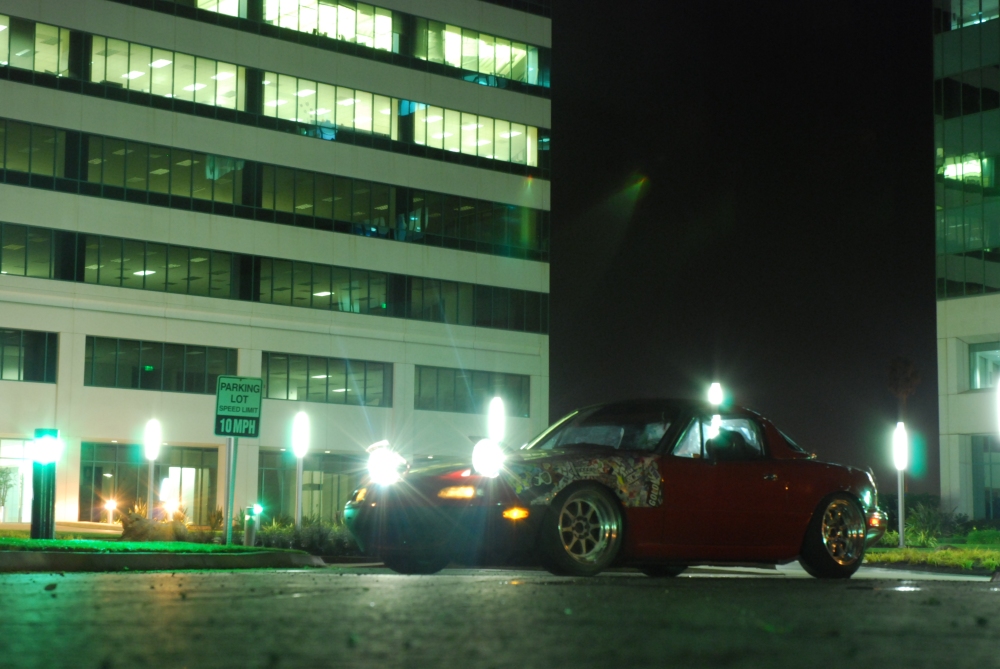 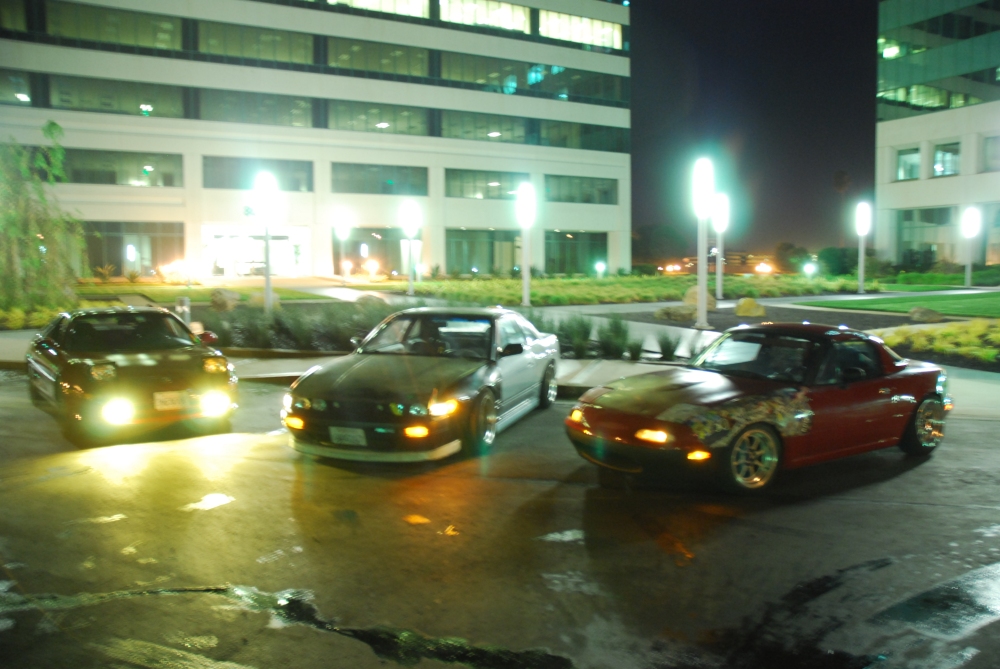 After getting some pics from that location it was time to move. Fatigue definitely started setting in with more pics coming out blurry so I whipped up the make shift tripod and cracked some jokes waiting for the shutter sound. 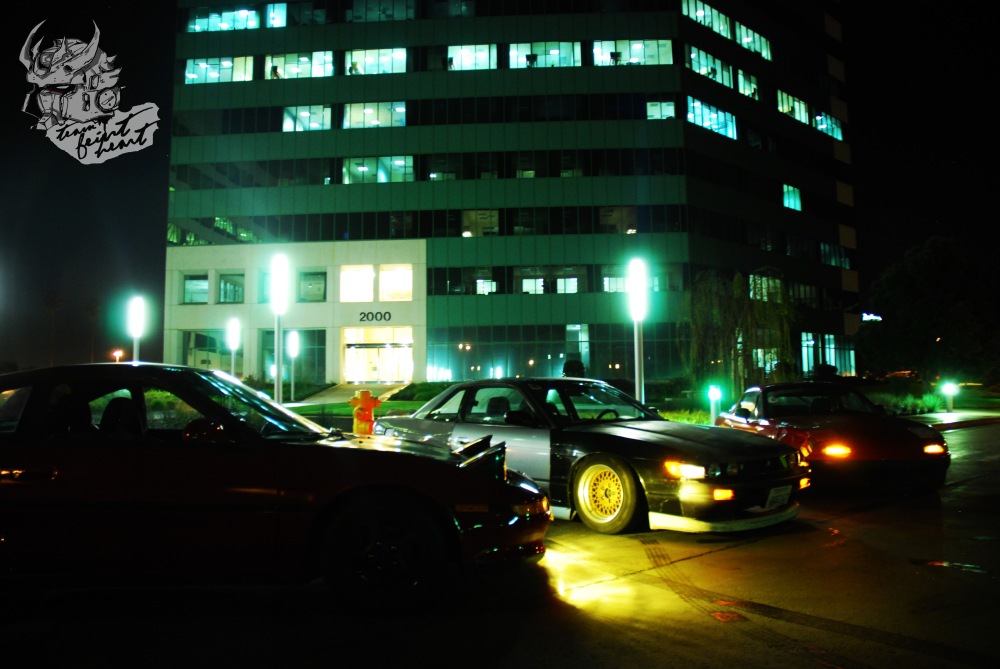 We were actually suprised security didnt show up or anything…..

So much for that, I learned a few things and also need to invest in a decent tripod lol and my own camera although aint nobody got time for that since the Z needs to get back on the road. That way I wont be stuck taking pictures of other peoples car other than my own. Till next time!