Hello viewers and welcome to Teamfeintheart.com. Today we are going to take a look at the Pit area and bleachers. Thomas went to the Slamburglars meet at treasure island while I made the journey to Stockton. 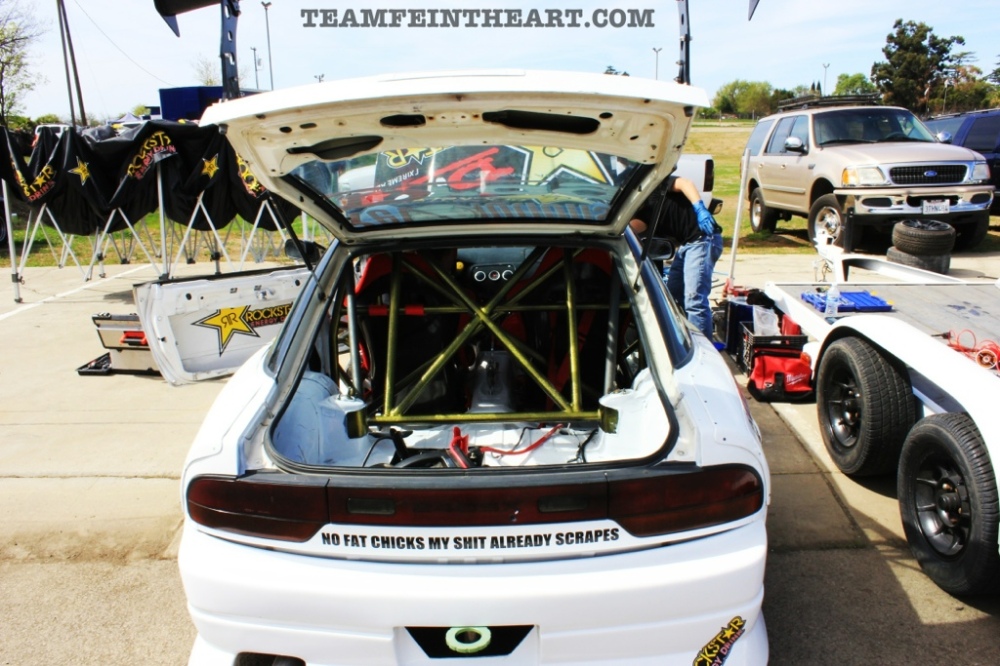 I actually didn’t think I’d be able to make it but when I arrived two words were constantly floating around which was Tech or Inspection. Since this year’s Pro-am drift series is ran by GoldenGate Drift rather than Thunderdrift, GGD is taking things very seriously and professionally to prepare amateur drivers for Formula Drift and overall safety standards. 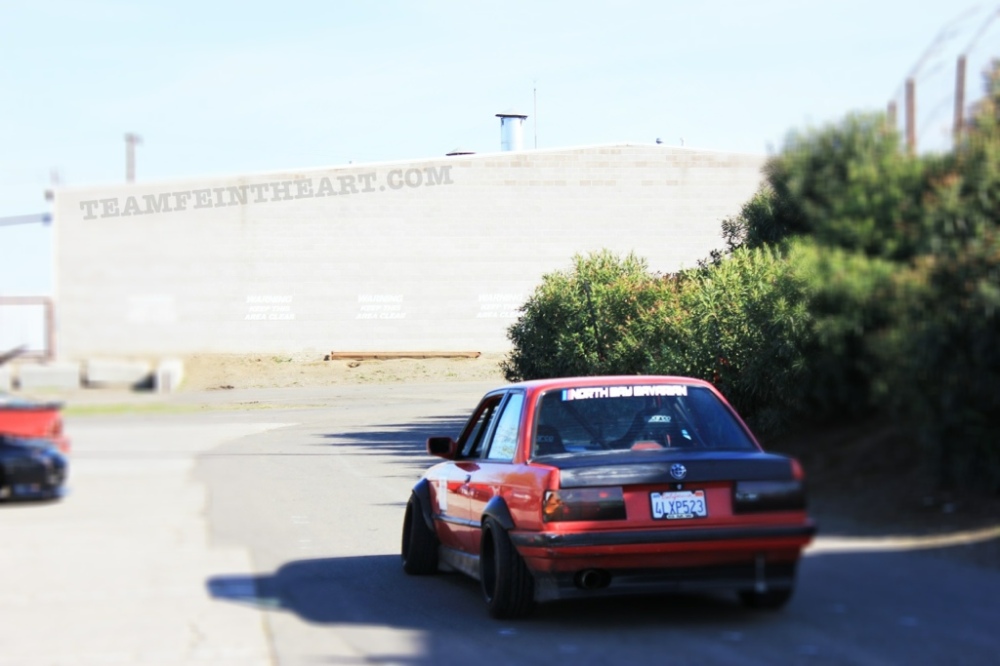 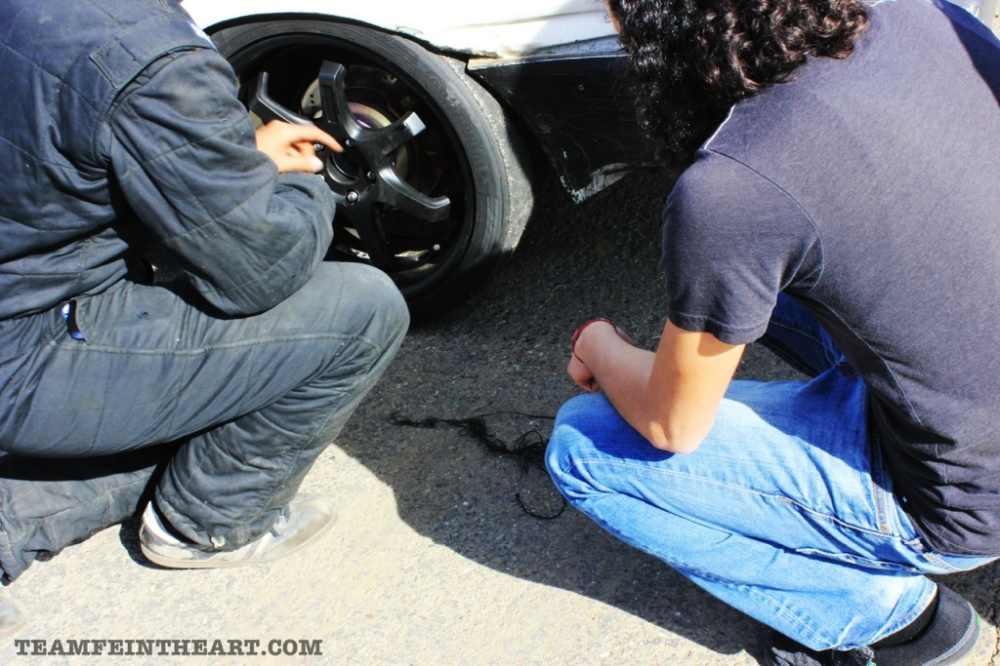 With drifting evolving event by event so are the drivers and their cars. The horsepower scale, suspension geometries, steering angles mods, downforce (BCL), electrical revamps, fia approved safetyware and quality tires are very present this time around. Even with all of the changes that’s been put into affect the relaxing and friendly enviroment still untouched. 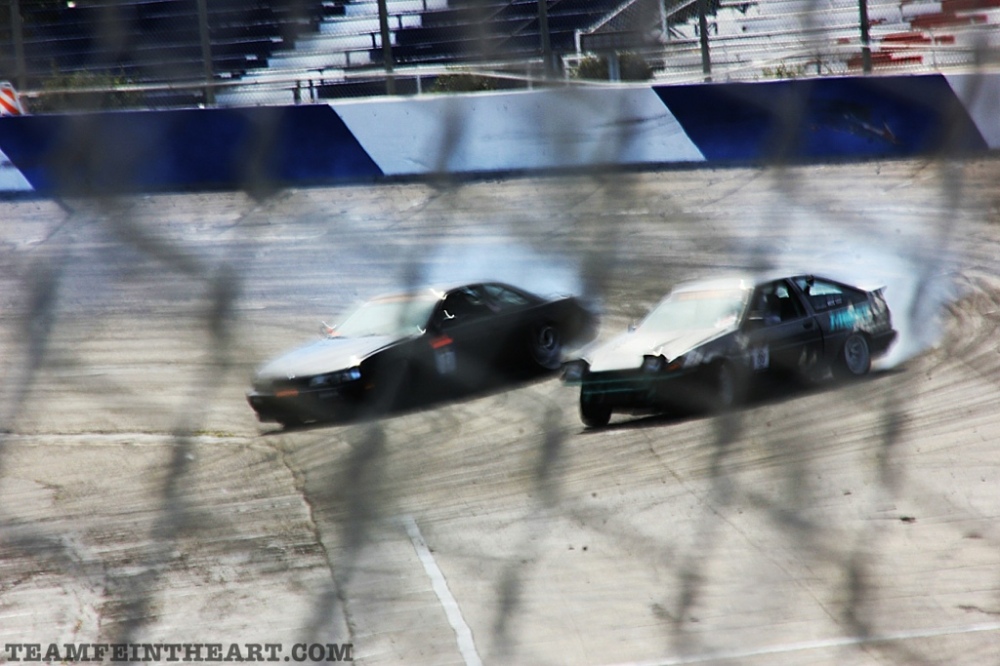 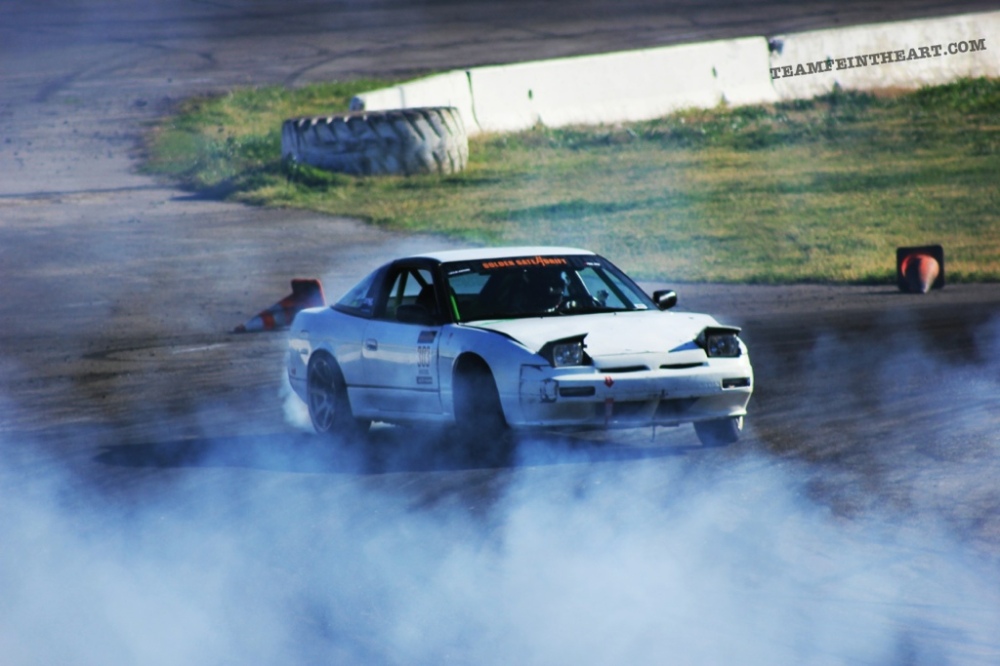 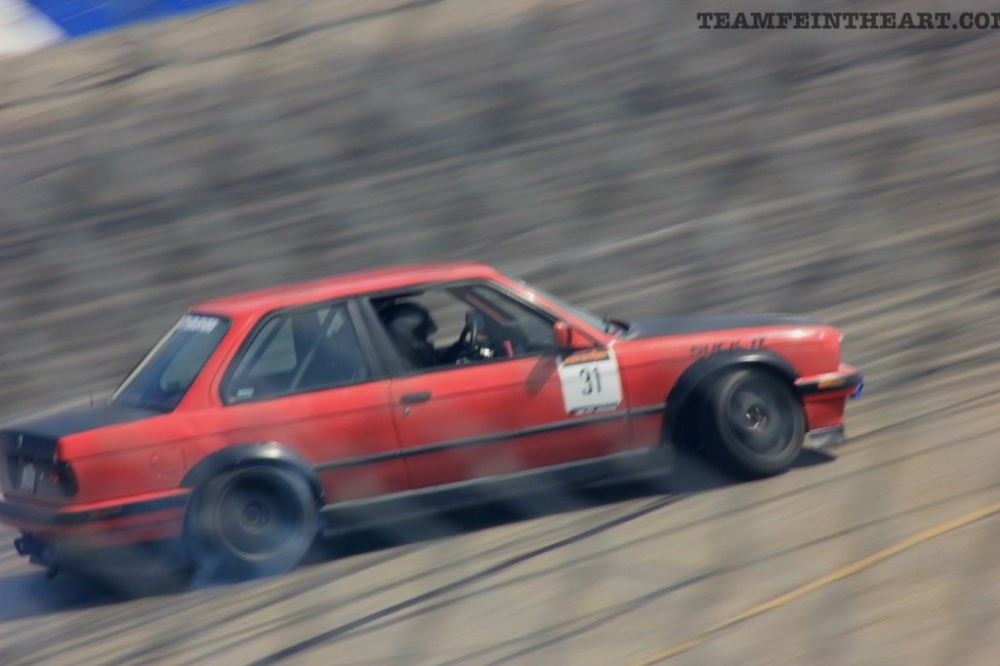 Simply put tomorow is going to be awesome. Donovan in his Red BMW has been awarded free entrance fee thanks to Winning Super-Am through Thunder-drift not too long ago and from his runs during practice the transition seems to be going well. I was surprised to see how many tandems were going on for it to just be practice considering some close calls that peaked in some runs although drivers would use their uber awesome skills to evade in the nick of time. 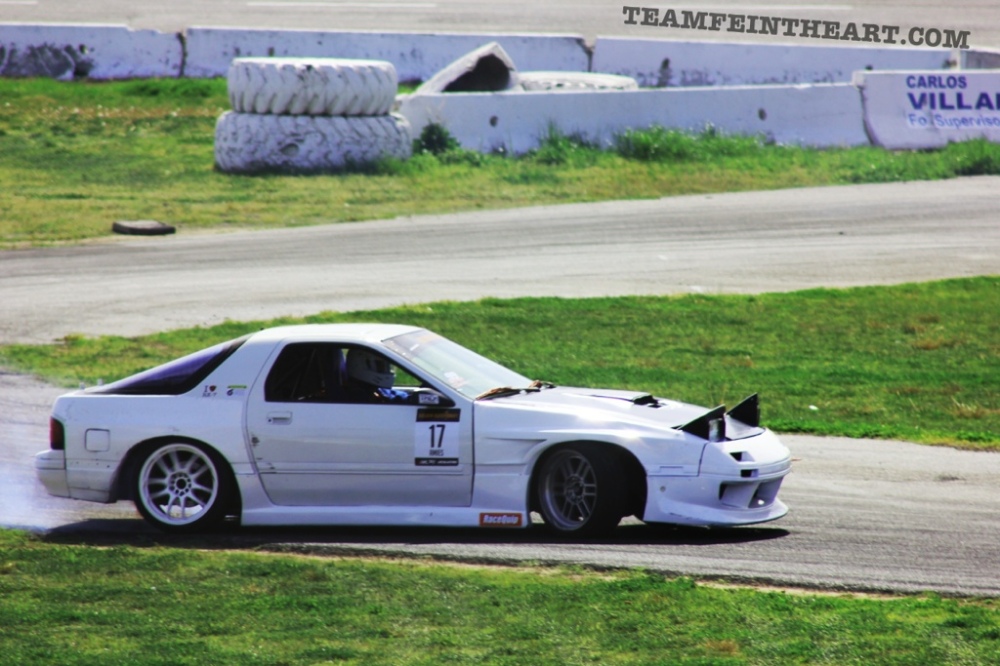 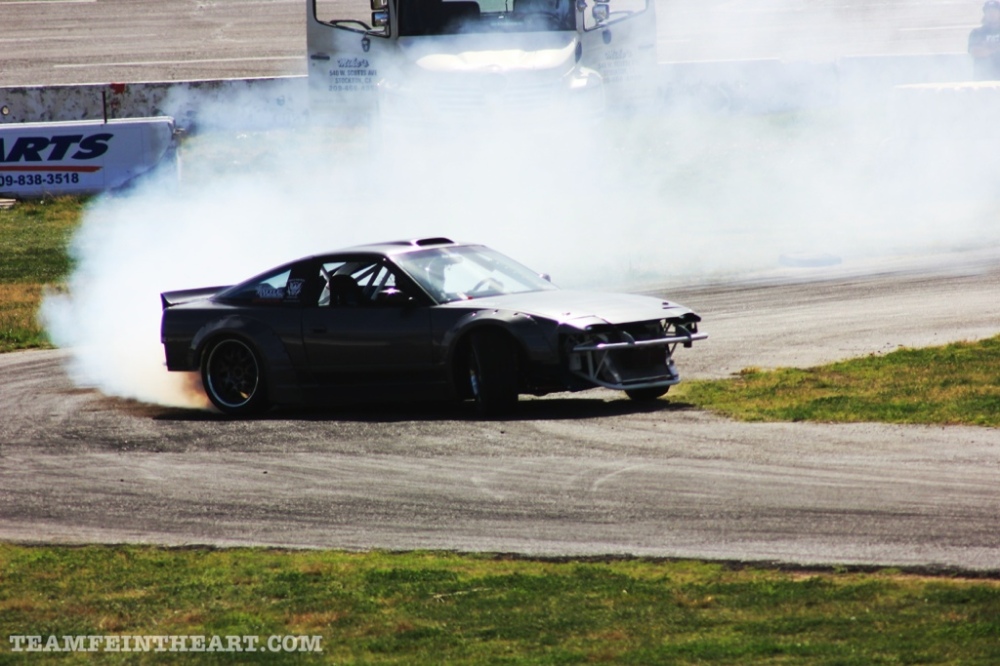 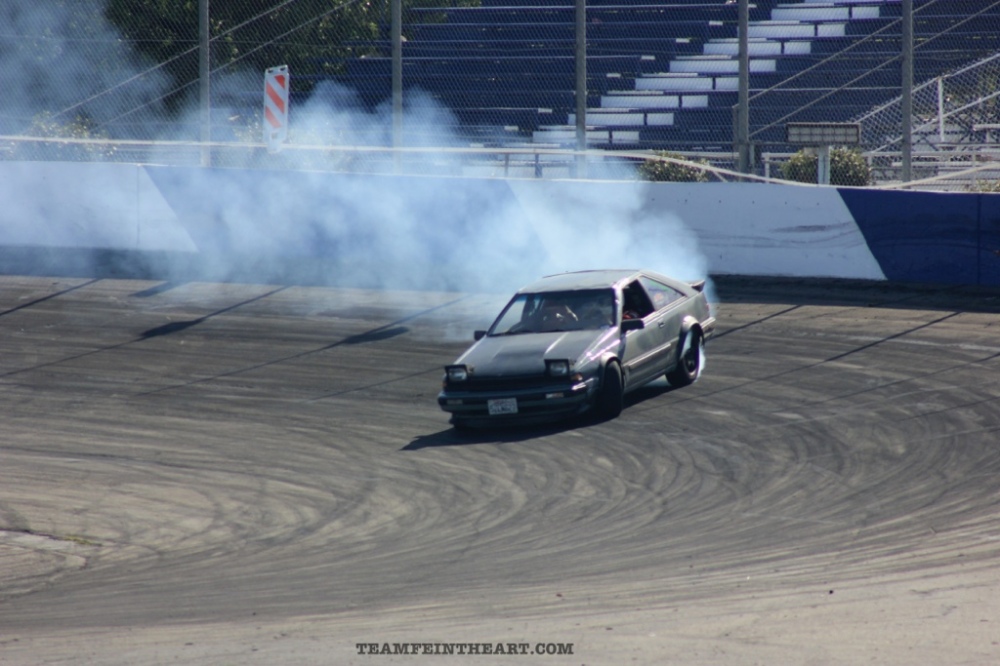 Tonight, cramming is on the to do list for some, the tech inspections and break downs will be making competitors do big jobs like swapping out an esploded egg yoke differential or small like getting the appropriate super legit jdm seat either way it’s going to be a “make it or break it” situation for competitors tomorrow. Now I will conclude this post as I realized how late it is and remembered how early I have to wake up to make it on time. Don’t be a stranger say hey I’ll be wearing my TFH black hat!! 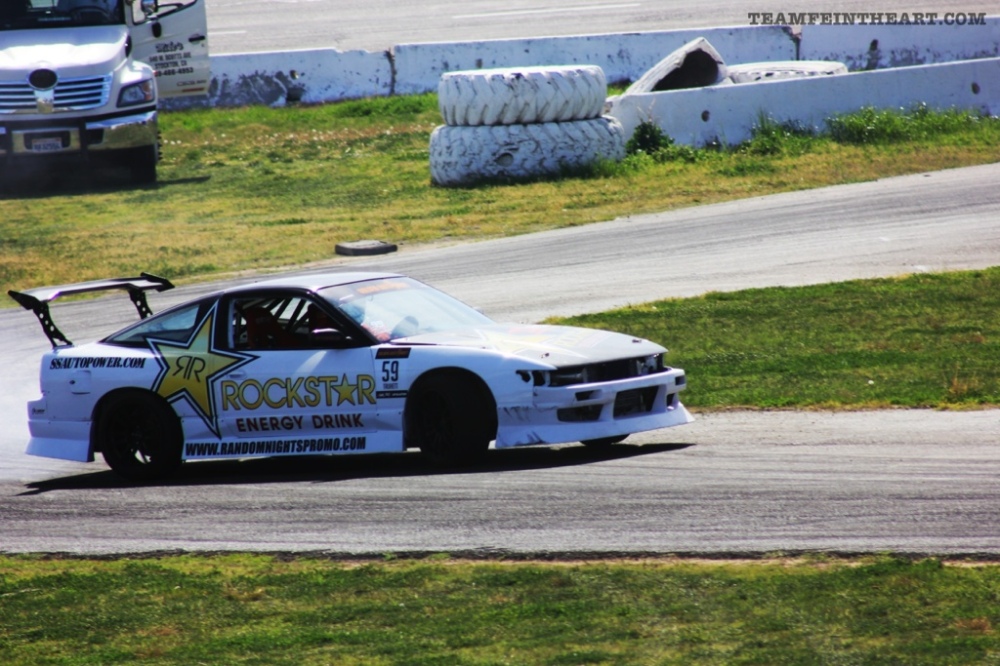